News Don’t get stung – how much does a spa cost to run?

Don’t get stung – how much does a spa cost to run?

Shopping around for a spa? It’s easy to get drawn in by the deals but it’s important to factor in the long-term costs to make sure you don’t get stung – that cheap spa could be much more expensive to run. You’ll often hear sales people say, “It’ll cost a dollar a day,” but if they can’t back this up you could be in for an unpleasant surprise with your first power bill.

Energy efficiency should be right at the top of your checklist when choosing a spa. When something is energy efficient, it uses less power to do the same job, so it will cost you much less in the long run.

Some companies highlight one feature of their spa to push the energy efficiency of their product. But if the spa hasn’t been designed to save energy across all features, the initial cost savings are lost with higher running costs. Are their spas well insulated? How often will you need to change the water? Are their spa covers effective?

You can see why it’s better to invest in a spa with components that contribute to its overall efficiency. It might cost a bit more upfront, but it will save you huge amounts in the long term. Other spas can be more than twice as expensive to run.

Every Hot Spring® Spa has been designed to save energy with:

Put it to the test

You’ll want to know the long-term costs of a spa upfront and it’s important that any claims made on the sales floor can be backed up. The size and model of the spa, as well as the ambient temperature outside the spa, contribute to the running cost. Any sales person who gives you an estimate without knowing your details isn't necessarily giving you good information.

For example, in Auckland, the average temperature is 15.1 degrees, the average power cost is 19.16 cents per unit, and the cost of running one of our spas for a week is around $6.76. In a colder city like Wellington, with higher power prices, the same spa could cost up to $10 a week to run. If a salesperson brushes over these differences in their sales pitch, they might be trying to hide something.

At Hot Spring, we solve this problem by using a third party to test our spas and research power prices and average temperatures across New Zealand. That information gives us a way to accurately estimate running costs in different parts of the country. We also have an online energy calculator that can give you an estimate of the running costs by spa model, climate and energy rate.

Buy from people you can trust

A spa is a big purchase, so you need to trust that the people you're buying from are giving you good advice. Unfortunately, this isn't always the case. With a Consumer NZ report finding that some spa pools can cost $25 a week to run, it’s important to understand the full cost that could be hiding behind a good deal.

Aaron Sampson, Hot Spring Spas NZ General Manager, explains: “The issue we’ve got in our industry is that no spa company is going to tell you their pools are expensive to run. It’s not until the consumer gets their spa home that they see what the operating costs are.”

At Hot Spring, we believe an honest approach is the best way to keep our customers coming back.

Aaron says, “When people buy a cheap spa pool then get stung by high running costs, it’s a bad experience. They’ll never buy another spa and they’ll tell their friends not to as well .”

Hot Spring have been building our customers’ trust since 1980, and we're proud to offer the Absolute Best Spa Pool Ownership Experience™.

For an energy-efficient spa contact your local Hot Spring dealer.

There is something SO good about soaking in a spa pool. All your cares seem... 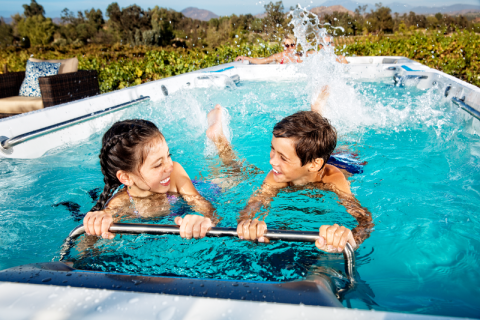 Wouldn’t it be great to have a swimming pool at home?  It’d be so convenient... 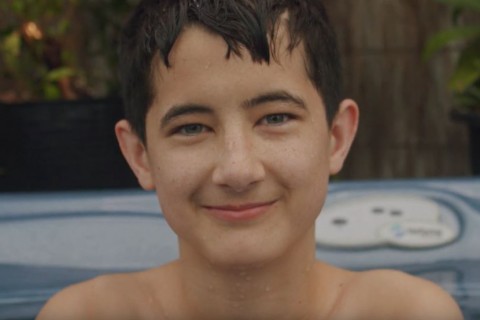 How a Hot Spring® spa has changed Malachi's Life for the better...

Malachi Agnew has a...

Get the latest Deals on Hot Sping Spas